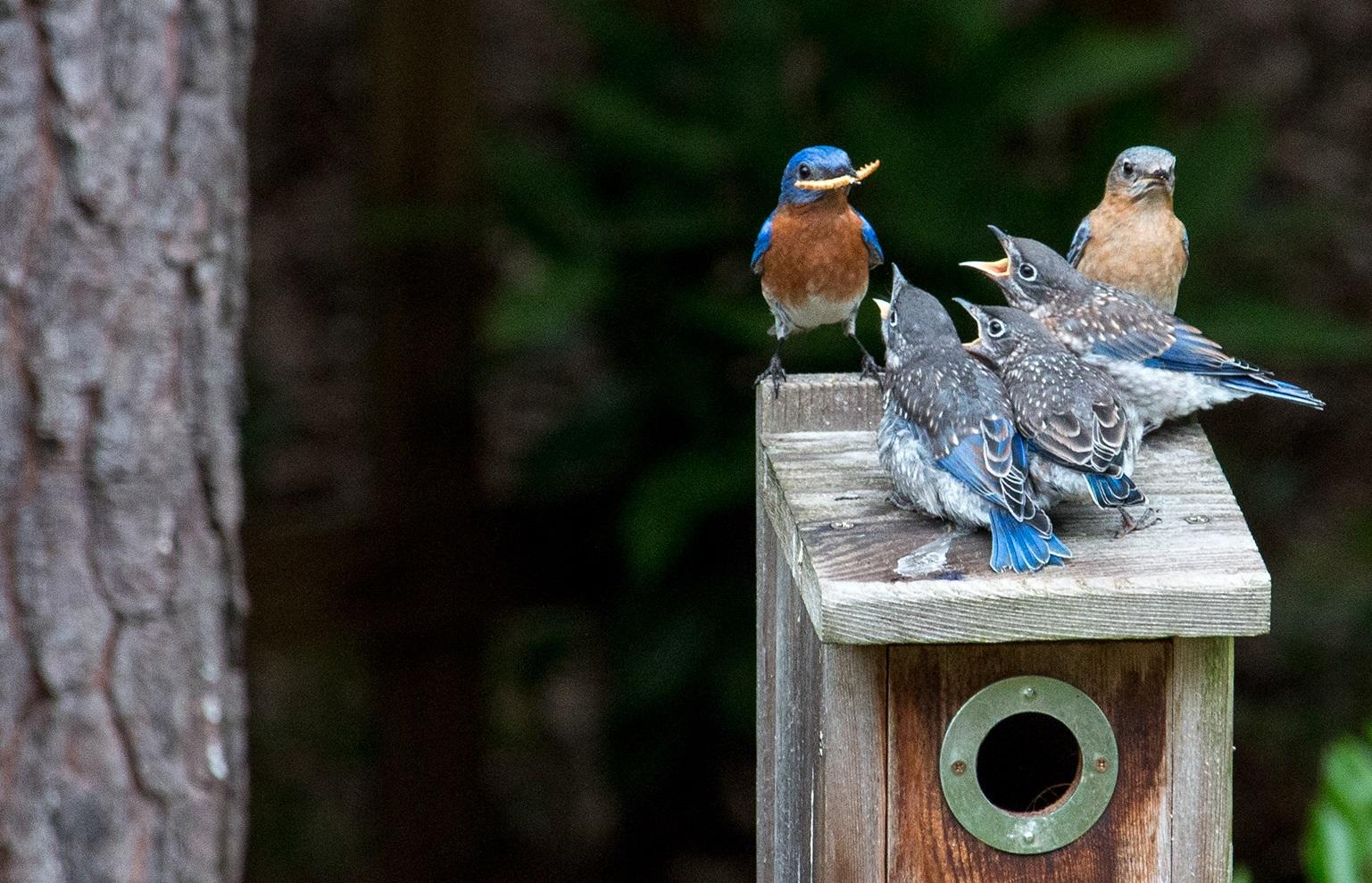 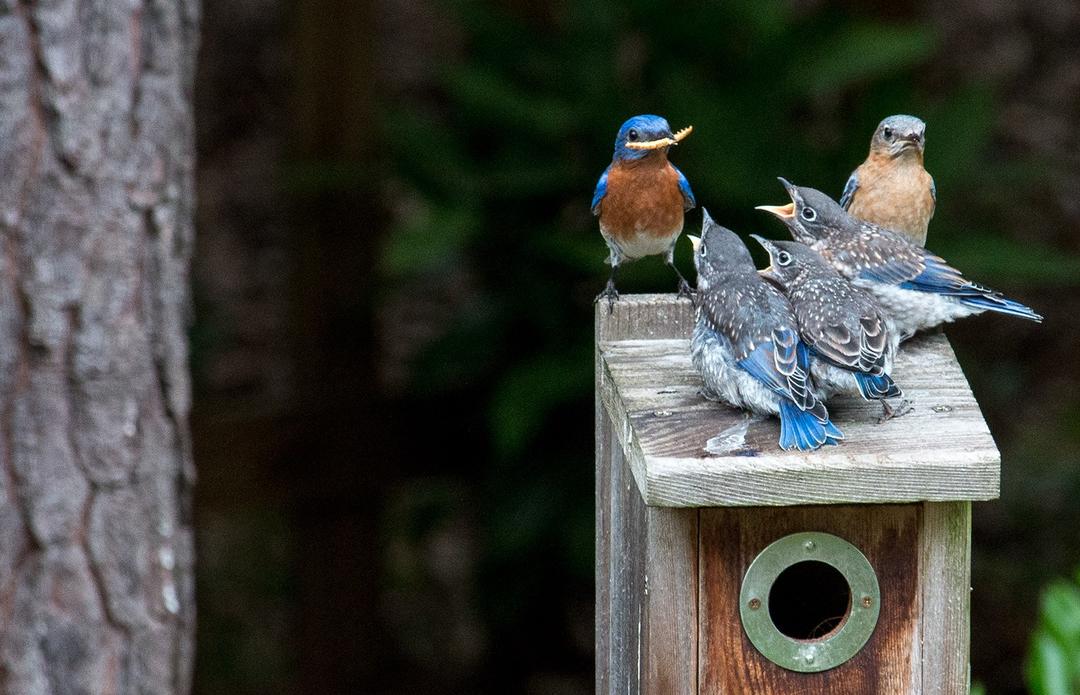 A Guide to Nesting Birds in New York

A Guide to Nesting Birds in New York

Read (and watch a webinar recording!) about the breeding behavior and nesting habits of some of our most visible species.

Sometimes it’s obvious – a Carolina Wren nest in your front porch light or lawn mower. A Bluebird exactly where it should be, in a Bluebird box.

But other times, it’s harder to spot—a brood patch hidden under layers of feathers, or a dive bomb bop on the head that signifies “Clear outta’ here, I’ve got kids to protect!”

Breeding and nesting behavior can be seen everywhere in New York come late spring, if you train your eyes to look for it. These behaviors indicate birds are involved in mating and reproducing young. Once you start spotting the telltale signs, you can use your knowledge to contribute to community science efforts like the Breeding Bird Atlas! In fact, scientists rely on this information to understand where birds are nesting—as opposed to having to spot every single bird’s nest in person. Read more below, and check out the webinar recording of "An Inside Look: Who's Nesting Near Me?", which explores these behaviors in-depth.

Breeding behavior doesn’t follow our human understanding of “it takes two to tango.” It can happen between two birds, two birds enticing one female, or a group attempting to impress one female.

This behavior is often described as “probable” versus “confirmed.”

Probable behavior gives you clues that breeding could be happening. It includes the following categories:

Birds like the Ruby-crowned Kinglet have a crest. Most of the time its smooth, but when agitated by another male intruder to their territory (or human, or cat) they will hop around and flash their crest to signify that they don’t like you in their area – they are big and bad and you should beware!

Male birds may build a nest, or start building a nest to entice a female to the general nest, but the female often chooses the final nesting site. If you notice a bird coming or going, it’s doesn’t necessarily mean chicks are present. It could be a bird, like this Prothonotary Warbler, checking out a potential nesting site.

It’s a familiar sight thanks to Thanksgiving—turkeys (“toms”) with their tails fanned out. Turns out turkeys don’t look this way all the time! When Wild Turkeys are attempting to breed with a female, they will strut around with their tail fanned out, even sparring with other males to win the title of “most dominant.”

Hawks, eagles, crows, and Osprey are often seen being harassed by smaller birds. No, those smaller birds aren’t hitching a ride, they are hazing the bird they perceive as a predator out of their territory. Sometimes birds like cardinals, orioles, and bluebirds will go after their reflection in a mirror, believing it to be a competing male. (If you can discourage this behavior by breaking up the reflection with window decals, it’s helpful to the bird. Sparring with yourself is tiring and wastes important energy meant for breeding!)

This one is simple: if you’ve spotted a male and female together in the area where they typically nest, it is likely they are engaging in breeding. This Common Yellowthroat pair was spotted in a marshy area, the appropriate breeding habitat.

Confirmed breeding behavior hones in on clear evidence, from spotting an actual nest to a bird carrying nest material.

Examples of confirmed breeding behavior include:

Nesting females like this Eastern Towhee will pluck off feathers in order to incubate eggs. Bird banders sometimes have to blow on a bird’s chest feathers to see its brood patch! Sometimes this is the only indicator scientists can find to confirm the bird is breeding!

What we can more easily notice is birds carrying nesting materials, from spiderwebs to grasses and mud.

Yes, birds need diapers too. You don’t get to see this behavior too often, but cavity-nesting birds like finches and bluebirds build their own diaper capsule that can be carried out of the nest. This reduces smells which attract predators and keeps the nest clean.

Now that you’re a breeding bird expert, you can help scientists learn what birds are breeding where, and whether they’re breeding successfully! Learn more about New York’s Breeding Bird Atlas here: https://ebird.org/atlasny/home