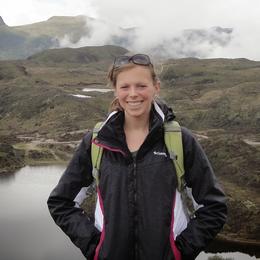 October 2019 – Meet Piping Plover “E0A” – one of our favorite success stories from our 2019 field season—and the first plover to successfully raise chicks at a particularly predator-heavy site, Tobay Beach, since 2015.

In January, Virginia Tech University researchers marked a Piping Plover with a green flag with the unique alphanumeric code “E0A.” After spending the winter in South Carolina, that plover migrated to New York, paired up with a non-banded mate at Tobay Beach, and laid four eggs in May. With a little help from the predator exclosure we installed around the nest, some great plover parenting skills, and a lot of luck, three eggs hatched and all three chicks survived to fledge (meaning they could fly on their own)! We’re excited to see if green flag E0A returns to Tobay next spring.

New York’s beaches and Islands provide critical habitat for shorebirds and seabirds to nest, rest, find food, and raise their young. Each year, Audubon staff, chapters, volunteers, and other partners work tirelessly to steward and monitor beach-nesting bird species, many of which are endangered, threatened, or at risk.

This year, we had our most successful coastal stewardship and outreach season to date!

When it comes to threatened and endangered species, every bird and fledging success counts. In total, we monitored 20 pairs of Piping Plover (an increase from 17 pairs in 2018) at eight sites across Long Island and we recorded an average productivity of 1.0 Piping Plover chicks fledged per pair. Additionally, we supported stewardship and monitoring efforts on the New York shore of Lake Ontario, where one pair of Piping Plover from the Great Lakes population (federally endangered) successfully fledged two chicks.

Throughout the full coastal field season (April through October), surveys were conducted to gauge the effect of human disturbance on migratory shorebirds. This is part of the Atlantic Flyway Disturbance Project, a collaborative research effort between the National Audubon Society and Virginia Tech University.

Human disturbance is one of the most significant threats to beach-nesting birds. To increase awareness and encourage beach goers to adopt bird-friendly behaviors, Audubon New York staff and volunteers along with local Audubon chapters and Group for the East End  held a combined total of over 20 “Be a Good Egg” outreach events, urging beach goers to #ShareTheShore with beach-nesting birds.

For the first time ever, we surpassed our annual goal of 3,000 pledges; a total of 4,029 New York beach-goers signed the pledge to “Be a Good Egg” this summer!

We also piloted a new Beach Steward volunteer program at Jones Beach and Sunken Meadow State Parks in partnership with the New York State Office of Parks, Recreation, and Historic Preservation. This new program trained volunteers to regularly monitor and protect nesting birds and engage the public throughout the nesting season.

The Future of Coastal Conservation

Though some Long Island communities are working to improve the resiliency of their coastlines, there is much work to be done. Additional funding for restoration, consistent monitoring to measure success, and facilitating marsh migration have been identified as major needs.

That’s why we held our first official coastal resiliency forum in Brookhaven this year, and produced a short film to help educate and inspire local communities and lawmakers. Watch it here.

We also educated and engaged the next generation in our conservation work through STEM curriculum, art, bird monitoring, and hands-on conservation on Long Island.

265 elementary students from three schools learned about beach-nesting bird biology and conservation needs and participated in our annual “share the shore” sign design contest. 45 students’ winning designs were printed into weather-resistant signs that were installed at local beaches. Through new partnerships with Gallery North’s Art Ventures Summer Camp, Girl Scouts, Boy Scouts, and other youth groups, we engaged more children and families in a variety of hands-on coastal bird conservation programming and outreach than in prior years! 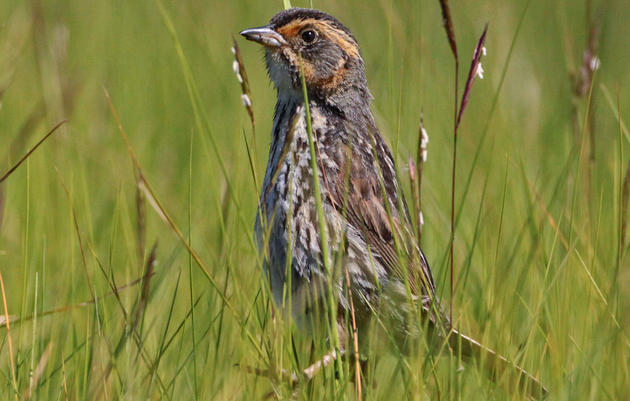 Coastal Resilience and the Future of New York’s Coasts

Our coasts are changing, but we can help keep them resilient to benefit birds and people. 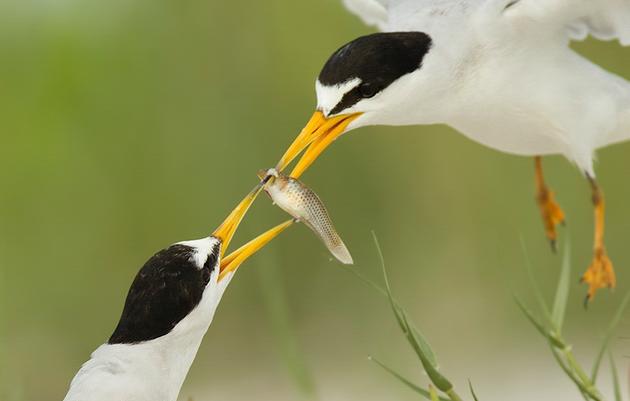 Protect Seabirds and their Habitats

Urge your members of Congress to support the laws and policies that protect seabirds. 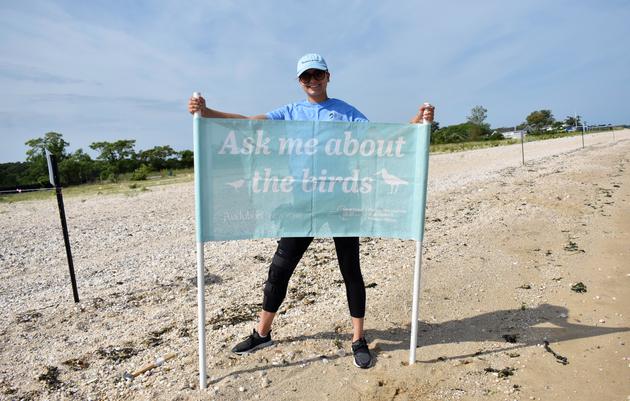 Volunteer beach stewards are Audubon's extra eyes and ears in the field, helping to minimize disturbance to nesting birds.