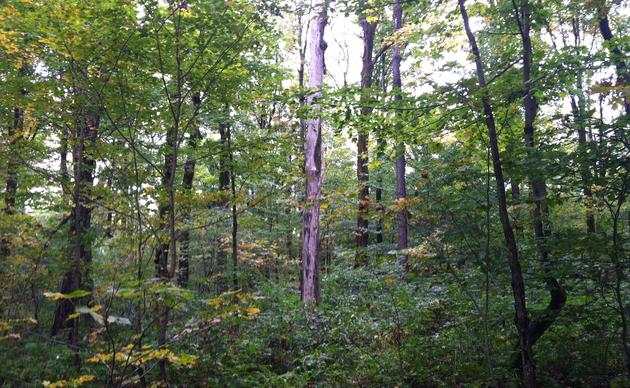 From running education programs for children in New York City to making sure that a sanctuary’s trails are safe to use, the work of Audubon’s Student Conservation Association (SCA) interns is wide both in breadth and impact.

“My favorite part of this work, and this position specifically, has been the opportunities to connect with so many new people, and really immerse myself in this new ecosystem,” says Marisol Ortiz, one such intern. Her work at the Constitution Marsh and Audubon Center and Sanctuary involves anything from day-to-day operations to education programs to the occasional land steward project. The deserts of Arizona are where she fostered her unlikely passion for marine science by way of a conservation biology degree.

Maggie Burnham is another intern who took part in this 10-month stint into working at Audubon New York’s Hudson Valley centers and sanctuaries. “Growing up in Alaska, nature was a huge part of my life, so I naturally took to it. My dad was also a geologist, so we spent a lot of time hiking and exploring,” she says of her origins in the field.

Like Marisol, she came a long way to the Hudson Valley, though her path to conservation wasn’t as direct. “Originally, I planned on going to culinary school after high school, but after taking a geology class and learning about watershed science during my senior year, I realized that was what I wanted to do,” she explains.

From invasive species management to trail maintenance to bird and vegetation studies, her work here in New York was all about conservation. “I enjoy the fact that the work I do contributes to a better habitat for birds and other wildlife.”

Not all of the interns had to travel so far to get involved in this work. Adam Gelfand and Vaun Bartow are from New Jersey and New York respectively, and both grew up interested in nature and the great outdoors.

“Starting at age four, my parents took me into nature, specifically to search for red-eyed tree frogs which I truly believed I would find in Newark, New Jersey, and encouraged me to explore and wonder about nature,” says Adam. During the school year, he worked in New York City as a For the Birds! educator, where he taught students in New York City public schools all about birds. Once the school year was out, he spent part of his time up at Audubon New York’s Hudson Valley sites, doing vegetation surveys.

Vaun was also an educator, working at Rheinstrom Hill Audubon Sanctuary and Center in Hillsdale, NY. “My favorite part of the job is reaching out to and working with new people,” they say. “This work […] impacts a lot of people and how they think about the world they live in, and can hopefully inspire people to get more involved.”

Since 2010, Constitution Marsh has worked with the SCA to bring these internships to life. It has been an extraordinarily fruitful relationship, and one that has grown over time, creating new opportunities for SCA members and the Hudson Valley centers and sanctuaries alike.

“Each intern brings their own dynamic background, adding to the breadth of our work, and also giving us the opportunity to learn from them,” says Rebecca Schultz, interim center director at Constitution Marsh. She works closely with the interns, from the interview process to their time working in the Hudson Valley. “It’s an amazing and unique experience to have these interns each year.”

Whether out in the woods pulling invasives, in schools spreading the word on birds, or anything in between, doing this work reminds each of the interns of their passion for this field, and why they got into it in the first place. For many, these internships are an early step in what they plan will be a long career in conservation.

“My time as an intern has helped me discover different career paths, such as lab work, stewardship, administrative, [and more],” says Adam. “It’s a very broad field of work that needs all types of labor, and I am excited to be part of it in whichever way(s) possible.”