Onondaga Lake's recovery is a story of successful partnerships, and the transformation of an entire community. 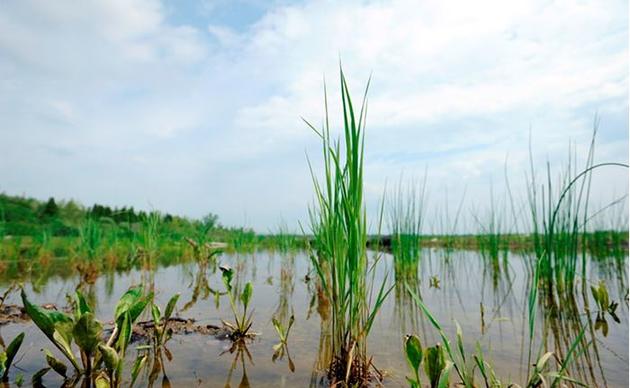 This is great news for birders, since multiple state parks also fall within the boundaries of Important Bird Areas (IBAs) – local sites that provide critical habitat for native bird populations.

Here are some recommended State Parks, and corresponding IBAs, you should visit through October 14:

Hamlin Beach State Park is an IBA that occupies slopes on the south shore of Lake Ontario, west of Rochester. The site is a premier location for migrating waterfowl and gulls during the spring and fall; thousands have been recorded flying during migration. Annual fall migration observers recorded about 300,000 birds including Greater Scaup, Black Scoters, Red-breasted Mergansers, Red-throated Loons, Common Loons, and Bonaparte’s Gulls.

Onondaga Audubon Society's Derby Hill, located between Selkirk Shores and Mexico Point State Parks in Oswego County, NY, is one of the premier hawk watch sites in the Northeastern United States. In summer, birders can spot species like the Red-tailed Hawk and Broad-winged Hawk at this site.

Summer months are not as dramatic as spring and fall but the trails are open for bird, botany and butterfly enthusiasts. With the remarkable return of the Bald Eagle in New York State, Derby Hill is an excellent place to spot eagles during their summer movements along the lakeshore.

While this IBA includes the portion of the Niagara River that flows north and northwest for approximately 32 miles from Lake Erie to Lake Ontario, Fort Niagara State Park is where visitors can receive their 50 percent discount. That said, it’s only a 25 minute drive from this point to Buckhorn Island State Park, a designated state Bird Conservation Area and one of the few remaining marshes along the river’s edge. Buckhorn Island supports breeding Least Bitterns, Northern Harriers, and Sedge Wrens.

The Niagara River annually supports on of the world’s most spectacular concentration of gulls, with 19 species recorded and one-day counts of over 100,000 individuals. The site is particularly noteworthy as a migratory stopover and wintering site for Bonaparte’s Gulls, Ring-billed Gulls, and Herring Gulls. The river also hosts a remarkable diversity and abundance of waterfowl.

Point Peninsula IBA may be the most critical winter area in the Northeast for Arctic breeding Rough-legged Hawks, Snowy Owls, and Short-eared Owls. Point Peninsula Shoal, which is offshore, is an important pre-migratory staging ground for Caspian Terns, Common Terns, and Black Terns, and also hosts large numbers of waterfowl.