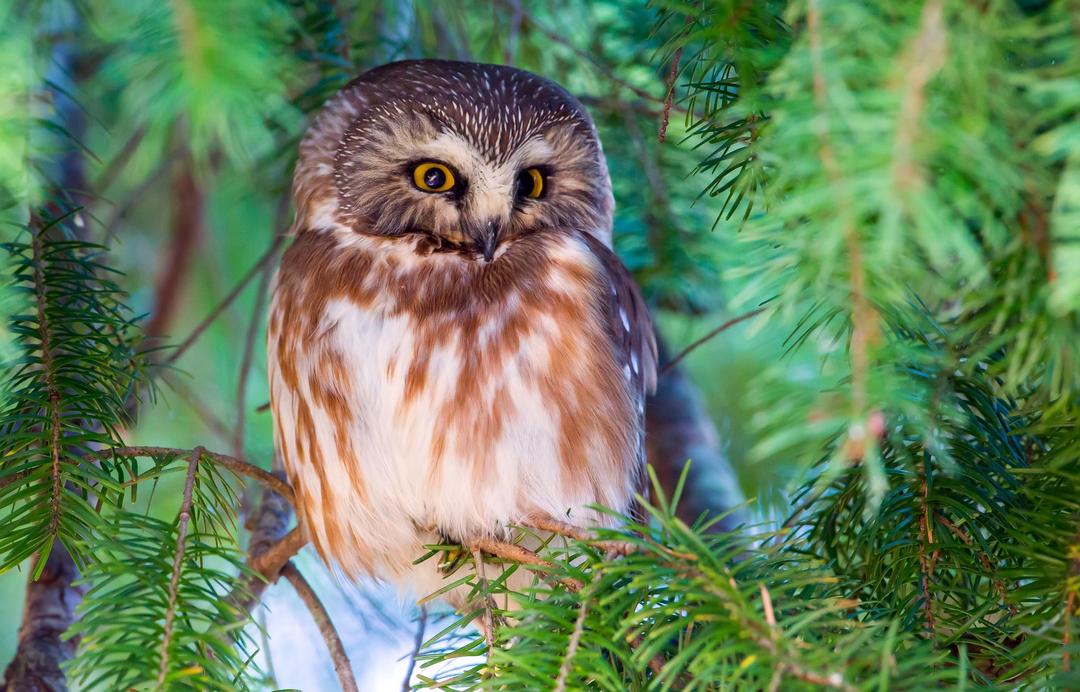 These DIY projects are an easy way for New York landowners to try their hand at habitat management.

New York’s forests offer some of the largest and most intact forested landscapes in the Atlantic Flyway, from the Adirondacks to the Catskills and other Priority Forest Areas.

Yet despite the fact that 63% of New York State is forested, forest birds are in decline. The way we manage forestland can significantly influence New York's bird populations, as well as provide ecosystem services such as carbon sequestration, enhancing water quality, and reducing flooding.

While we typically look to manage large swaths of forest for forest dwelling bird species, habitat improvements can be made with a lighter touch by individual landowners to add additional habitat benefits.

Many landowners are contributing to good forest management by harvesting lower grade, less desirable species for firewood (American beech, ironwood and birch are commonly removed for this purpose).

Firewood harvesting can have similar benefits to a forest thinning that would be recommended by a forester. Similar to a thinning, this leaves more growing space for more desirable, longer-lived, habitat specialists like eastern hemlock, sugar maple and white pine.

Having a mix of longer-lived species allows for sustained nesting and foraging opportunities in the trees' canopy. Hemlock is especially important to leave when harvesting firewood because of its strong habitat association with many birds, including Hermit Thrush, Northern Saw-whet Owl and Black-throated Green Warbler.

Removing firewood species adjacent to mature trees with good form is referred to in traditional forestry as "crop tree release."

By releasing at least two sides of the “crop tree” (a tree holding substantial habitat value in this case) from the competition of neighboring trees, the crop tree is able to develop a healthier canopy to support birds.

Seeding potential also increases for the released crop tree, which can contribute to regeneration that will support forest bird species seeking nesting and foraging opportunities at the forest floor.

If harvesting firewood harvesting isn’t on your weekend to-do list, these trees can still be removed and left on the forest floor to create complex structure that is used as cover, nesting, and foraging by forest dwelling birds.

These logs and limbs will provide cover from predators and may even deter deer from browsing desirable regeneration in that area. Ruffed grouse will even use larger downed logs for drumming.

Light-touch management can also be applied to invasive or interfering plant species that you might encounter on your property.

By leaving invasive plants unattended, they will outcompete desirable species for resources, reduce the overall diversity of trees, shrubs, and plants, and choke out species that have a higher habitat value.

If your invasive or interfering plant coverage is large, an effective method to treat and kill the plants is through the careful application of an herbicide. Certain herbicides, application methods and timing of the application will lead to successful control while also limiting the amount of herbicide necessary to kill the invasive plant. After treatment, you’ll begin to see a diversity of native plant species begin to establish themselves.

An alternative control treatment for common invasive species like honeysuckle, buckthorn, hay-scented fern and Japanese barberry, is mechanical methods – more hands-on actions that can be carried out by landowners.

Covering nearly 400 million acres, eastern forests create one of the most dynamic environments in the world.