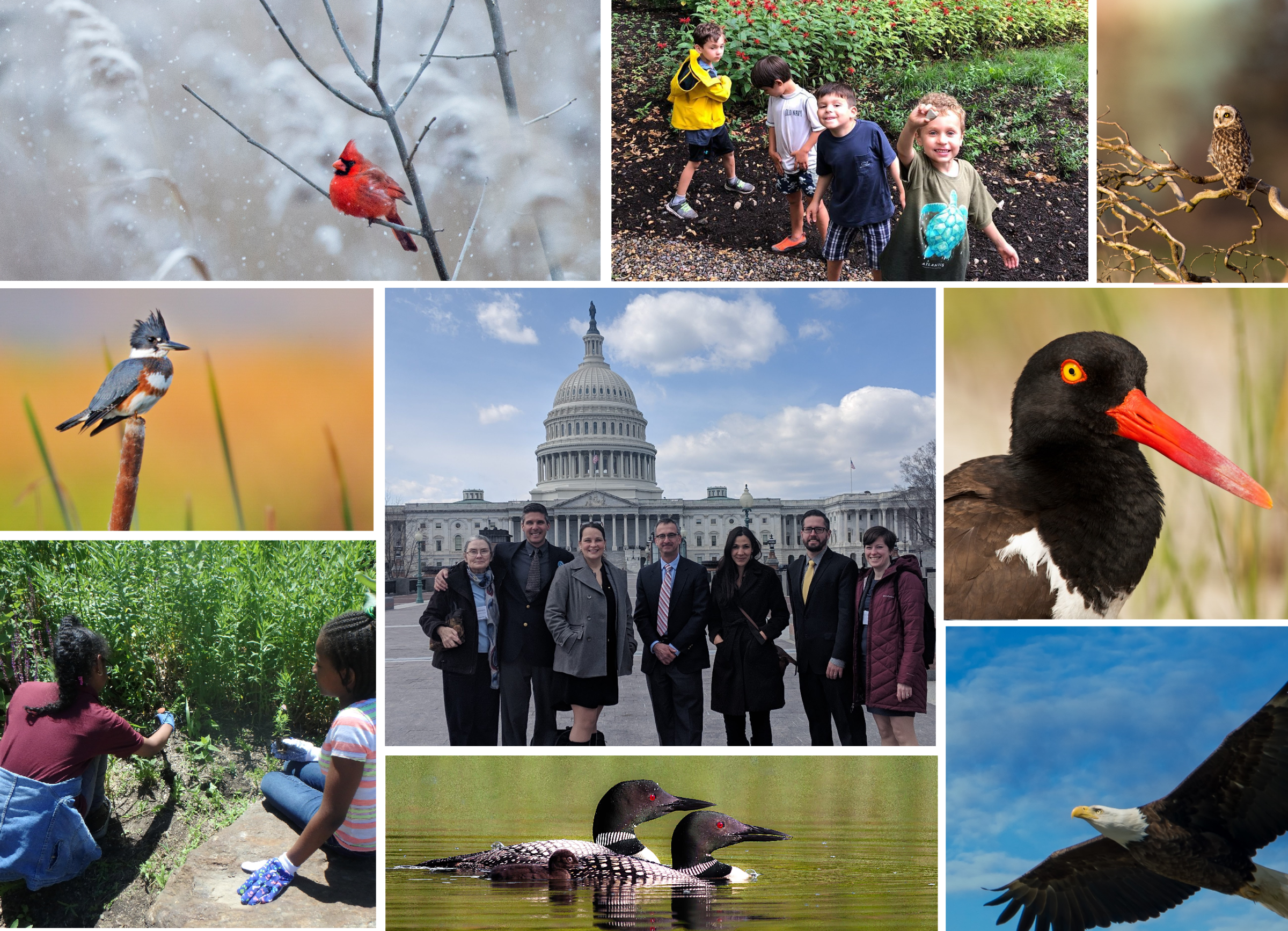 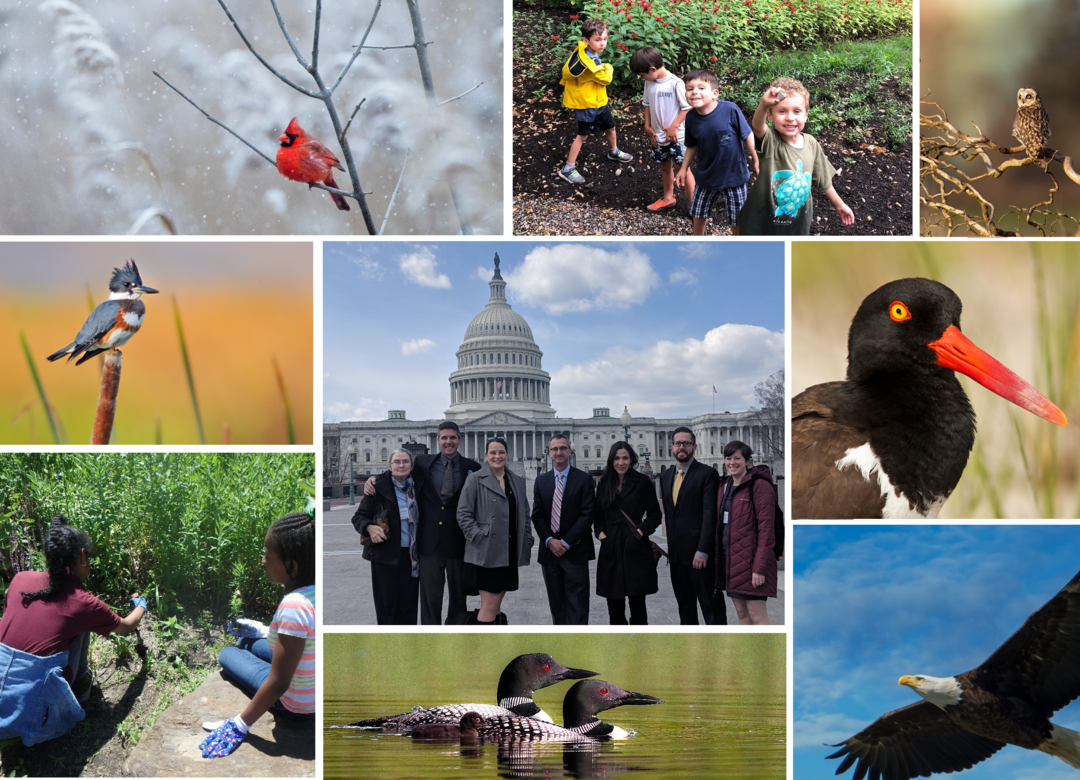 As the year comes to a close, we want to say thanks for the many accomplishments that were made possible by all of YOU—our volunteers, bird advocates, and partners in conservation. Our statewide network—led by scientists, educators, and on-the-ground chapter members—moved the needle for conservation in New York State and opened so many new doors to opportunity. We can’t wait to see what the next year has in store.

But first, a celebration of all we did together in 2019:

We gave voice to birds and our state committed to ACT on climate.

This year, Audubon released a new study on how climate change will affect birds. Survival by Degrees: 389 Species on the Brink confirmed that climate change is the number one threat to birds; the good news is that if we take action, we can help improve the future for 76 percent of the species at risk.

And act we did! Nearly 1,500 of you gave voice to birds by signing our action alert in support of the nation-leading Climate Leadership and Protection Act (CLCPA). You helped make this landmark legislation happen.

We successfully advocated for clean and safe water—for birds and people.

The Save our Waters bill, which bans offshore drilling in New York State, was a big win for seabirds and shorebirds. Our coasts provide critically important habitat for threatened and declining shorebirds like the Piping Plover, and oil spills would endanger them further, adding to the long list of threats that they already face. Nearly 1,500 Audubon members wrote to their legislators urging them to protect our coasts, and they listened!

In March, we joined several of our partners in conservation at the Healing Our Waters Coalition’s Great Lakes Day in Washington, DC to advocate for drinking water investments and conservation action. Not only is clean water essential for people, but priority bird species such as the Pied-billed Grebe rely on the freshwater habitat the Great Lakes provide.

We put tens of thousands of native plants for birds in the ground.

One of the most exciting unveilings for Audubon New York this year was the opening of six new demonstration gardens on the grounds of the Theodore Roosevelt Sanctuary and Audubon Center on Long Island, where 21,000 plants were installed—all species that are native to Long Island and will benefit birds and other pollinators. We are grateful for the funders who made this transformative project possible, as well as our dedicated volunteers and local chapter members who continue to contribute their time and expertise.

Over 1,000 native plants were also added to urban spaces in New York City, with the help of some of our youngest conservationists. For the Birds!, our premiere environmental education program, partnered with West Side Community Garden to host a native planting day for 2nd grade student participants.

We (and shorebirds!) had one of our most successful coastal field seasons to date.

Three-out-of-three for hatching and fledging chicks is a great nesting success for a Piping Plover, especially when this occurs at a particularly predator-heavy site. We were lucky this summer to witness this at one of our monitored nesting sites on Long Island.

Minimizing human and predator disturbance to shorebirds and their teeny, tiny chicks is no easy feat. Luckily, this year our shorebird techs were assisted by volunteers who participated in our brand new Beach Steward program.

In addition to monitoring priority shorebirds and their chicks, we also reached a record number of beachgoers who were encouraged to “Share the Shore” with beach-nesting birds. Over 4,000 individuals signed the pledge to “Be a Good Egg.”

We worked with landowners to enhance forest habitat for birds.

We were proud to see our Woods, Wildlife, and Warblers work featured for the first time in the Adirondack Explorer. Through this program we reached more than 1,800 people and assessed more than 3,000 acres this year. At Rheinstrom Hill, we conducted a major regeneration cut across six acres, creating a model forest showcasing resilient habitat. In total, we managed 1,281 acres with more planned this winter across New York State to benefit birds and other wildlife.

We also released an incredible, free resource for landowners interested in managing their forest for birds – access it here!

We took our commitment to inclusivity to the next level.

Audubon New York believes our conservation work is enriched and made stronger by the contributions of individuals and communities with diverse experiences, perspectives, and values. To that end, we launched a “LGBT: Let’s Go Birding Together” series of bird walks at each of our centers this June.

Our For the Birds! educators expanded their toolkit of activities and resources to resonate more with inner-city students. They’ve taken on community science projects that involve monitoring urban birds and submitting the data, utilized materials in multiple languages, and built schoolyard gardens to show students that “the great outdoors” can have many meanings.

We kicked off a new coast-based strategy to create more resilient habitats and communities.

Our coasts are changing, and this year we doubled down on our commitment to make them safer in the face of climate-related threats. Though some communities are already doing resiliency work, we have identified major needs including additional funding for restoration, consistent monitoring to measure success, and facilitating salt marsh migration.

Towards the end of the year, we received a few major grants to kick off essential salt marsh strategy and on-the-ground implementation work—including this one to restore coastal habitat in a flood-prone area. 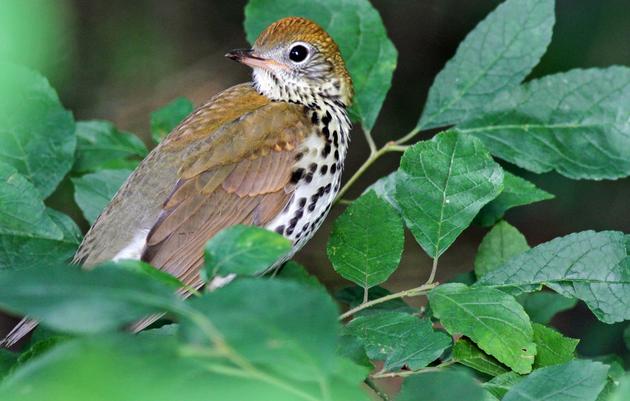 Canary in the Coalmine: Impact of Climate Change on Birds

By following birds, we learn about the greatest threats they and our communities face. And we find ways to address them. 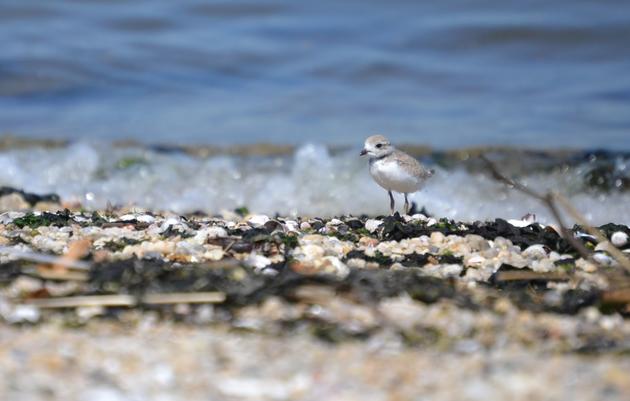 With help from Audubon chapters, volunteers, and partners, Audubon New York had one of its most successful coastal field seasons to date. 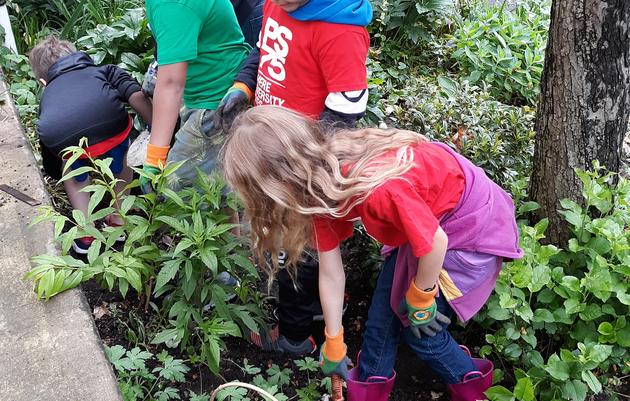 Changing the Face of Urban Gardens